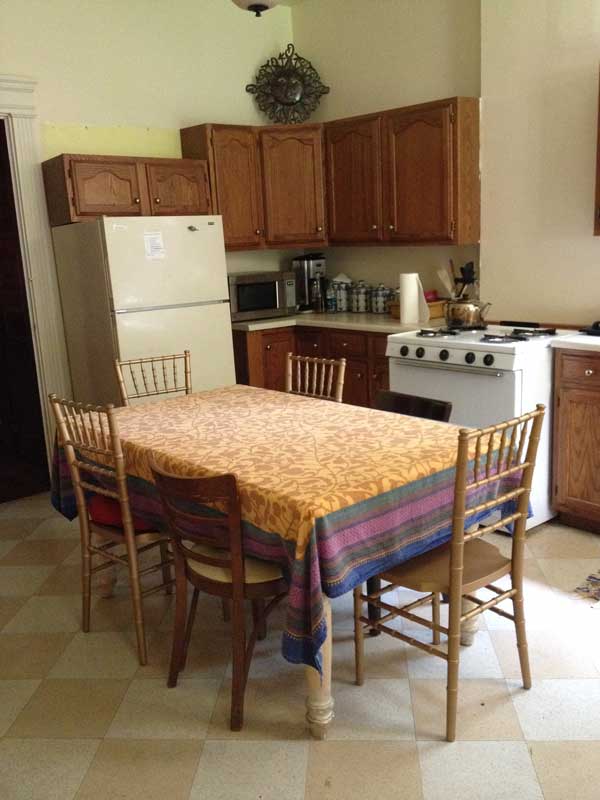 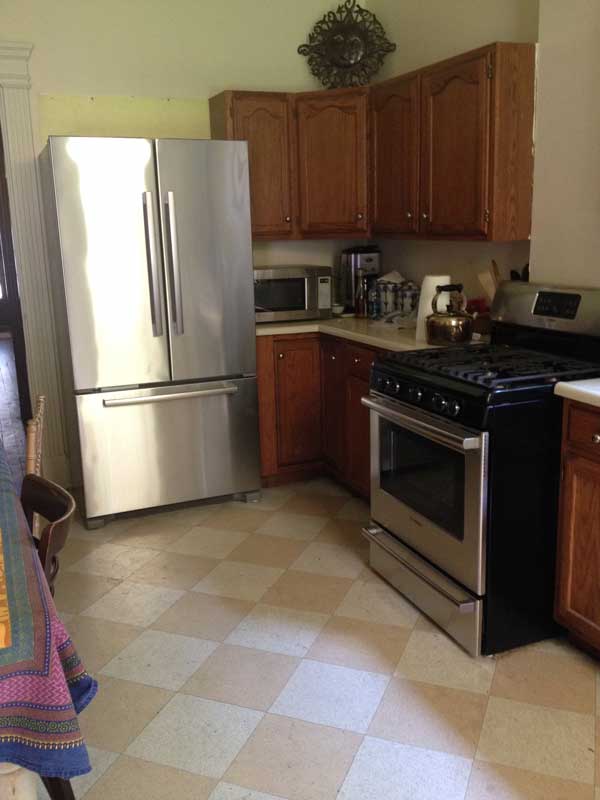 New appliances is but part of the kitchen equation – but the rest is going to be a few months off (though I’ll be hooking up the ice maker sooner rather than later – what I wouldn’t give for some ice water right now…). In the meantime, I’ll just have to put up with the stove jutting out farther than it should. The gas line comes up through the floor about 6″ out from the wall…which is itself 6″ out from the wall proper because there used to a fireplace there (I think). I think this was done however many years ago to clear the thick foundation – though I suspect if I really wanted to, I could use flexible piping below to address that problem somewhat.

But I’m not going to bother because a) due to the chimney, it would still stick out beyond the counters and b) this fall, I’ll remove the large hutch (below) so I can move the gas (and stove) to the other wall, thereby creating a classic cooking triangle. My thought is that the resultant 30″ gaping hole over rough plaster behind the current stove location will make me jump on making new cabinets and counters. But I’ll probably just stash the trashcan there for a while. 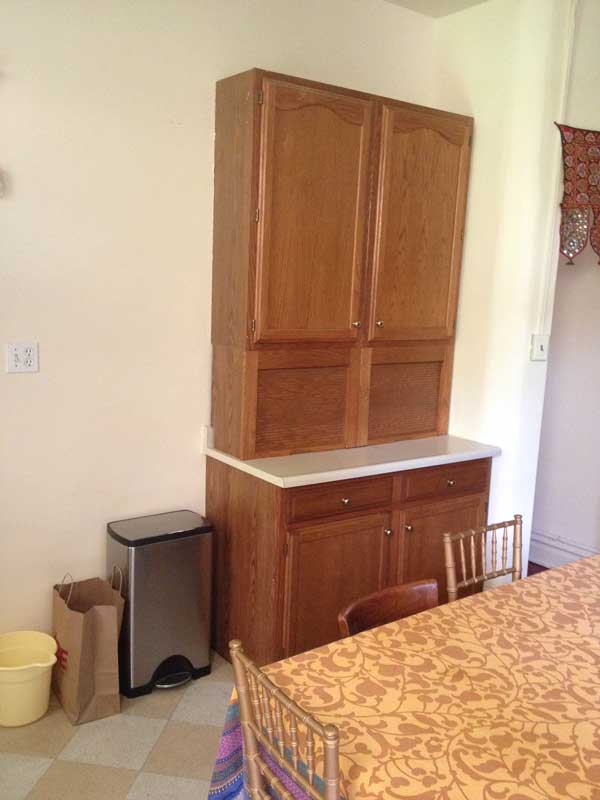 A domino-effect job…inside the upper cabinets in this hutch is the backside of a deep recess in the bathroom wall on the other side (yeah..the upper section of this is hutch is wholly useless for storage). So to remove this, I also have to take out the bathroom shelving and patch the hole.

Woodworker, writer, editor, teacher, ailurophile, Shakespearean. Will write for air-dried walnut.
View all posts by fitz →
This entry was posted in Kitchen, Renovation/Restoration. Bookmark the permalink.

13 Responses to Closer to Fine