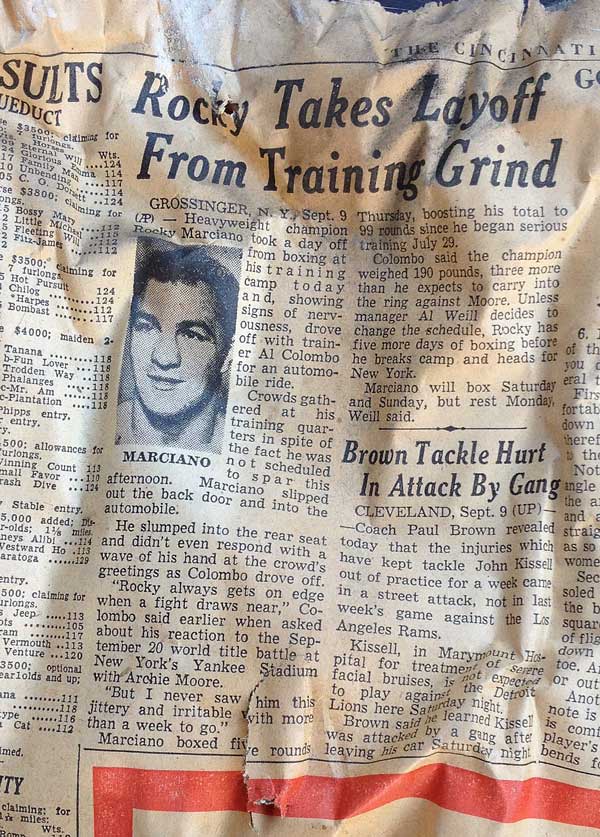 I don’t know for sure when my house was cut up into a two family, but I do know it was on or after Sept. 10, 1955. As I removed the last bit of Masonite on the stairwell side of the added wall, I spied a rolled up and folded newspaper stuffed into a gap between the last stud and the exterior wall; I carefully extricated it and flattened it. I wish it had a been a front page, but oh well. Instead, I got the tail end of the sports section (Rocky Marciano was taking a wee break before his upcoming fight) and the classifieds and car ads (a new Nash with radio, heater and continental wheel? Yours for $1,397).

And this is the clean work…

Circa 1955, the wall material of choice – at least in this house – was a precursor to contemporary sheet goods: 6′-long x 16″ wide pieces of some kind of gypsum board, rough on one side, with paper sandwiched between the smooth side. Over the top is a coat of plaster, about 1/8″ thick (you can see it squeezing through the seams on the backside above), with a skim coat on top.

Altogether, It’s about 7/8″ thick and I’m guessing it has Osmium in it (not really); I was breaking out 16″ squares, each of which weighs about 15 pounds. That doesn’t sound like much, but when it pops free of the nails and one is atop an 8′ ladder with a crowbar in one hand, well…

But it’s worth it. Already, with only the bottom area torn out, the entryway is much more inviting (if one can overlook the dust), and a lot brighter, too. I still have plenty of the plaster-like stuff to remove to fully open up the stairwell, and there’s some pretty nasty carpet to tear out (and under that, Masonite). So I don’t yet know the state of the trim on the bottom edge of the staircase (if it’s even there) or if the original treads are still in place (and/or salvageable).

I’m itching to find out…but like Marciano, I need a wee break before that next fight. 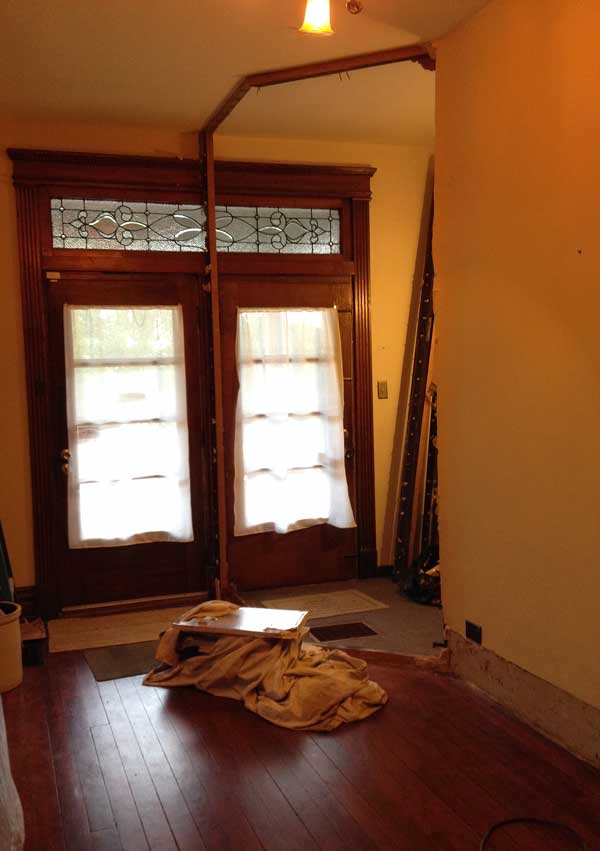