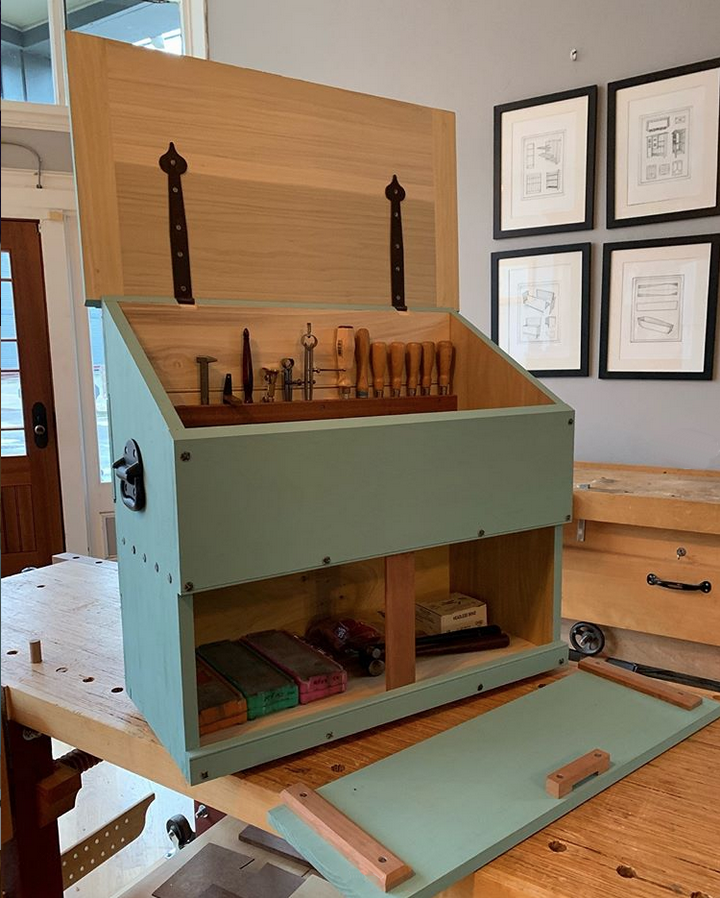 With square-shanked Rivierre nails (this is my travel chest…it’s a bit more beat up now).

Waiting for a book to print on the laser writer at the shop is boring, so Chris and I were talking to pass the time as we awaited the pages of Nancy Hiller’s “Kitchen Think”; it’s off to Kara Gebhart Uhl tomorrow for copy edit. He was printing; I was three-hole punching. Such fun we have!

How many of these I’ve built and helped others to build, I don’t know… but I do know it is many. I can build the one I teach in less than two days, from rough lumber to hardware installation. It will take me a bit longer this time though; there will be many pauses along the way for photography. 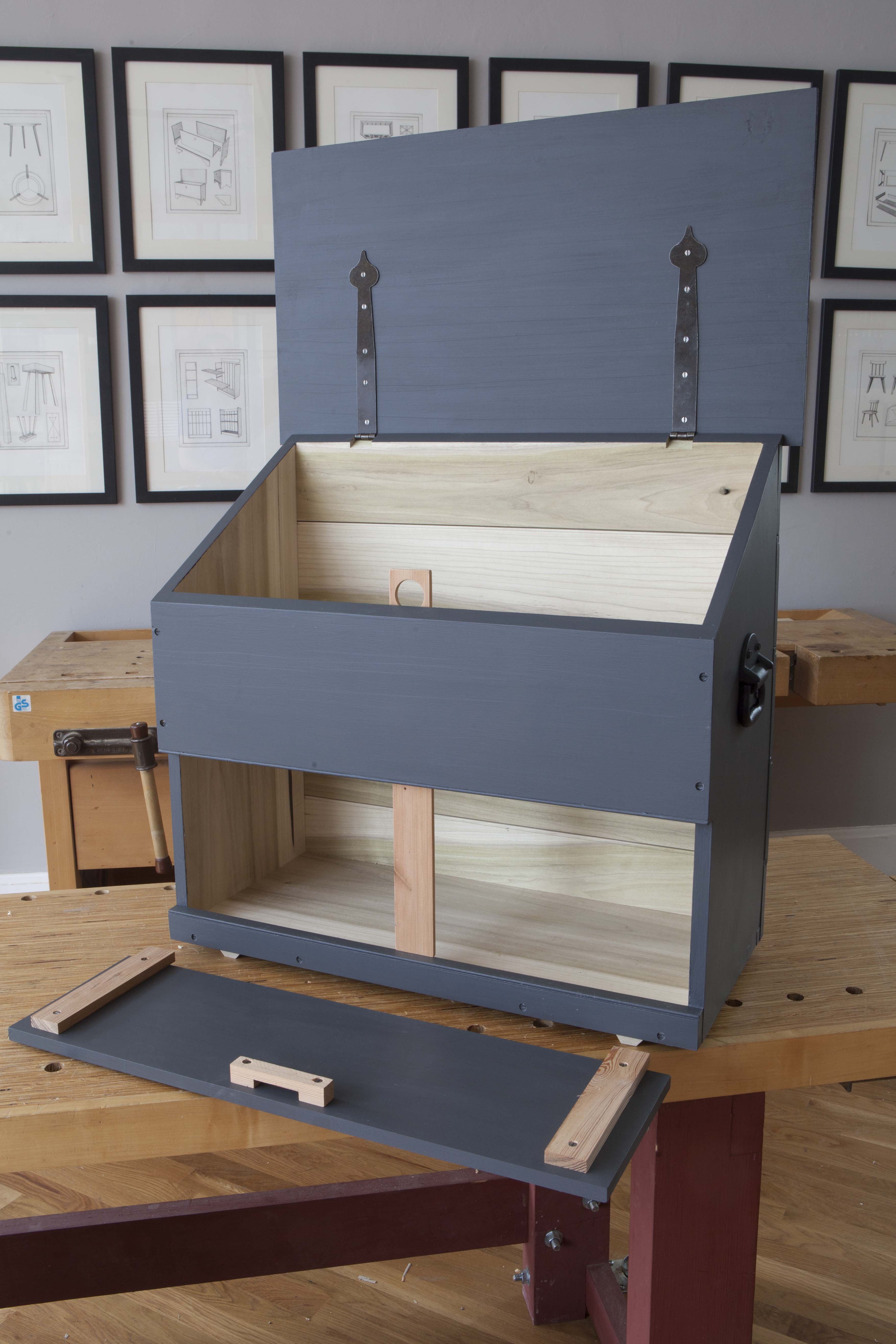 With screws (this one was for a customer).

Why, you might ask, if there’s already a good article on how to build this form, do we need a book on it? I’ll be going far beyond the article, presenting multiple approaches to several of the joints, and a choice of at least three ways to build the lid. And hardware – my goodness…some of the hardware people have brought to classes that I had to figure out how to install! So I’ll share a bunch of options on that, too…and what not to try to use and why. (For the record, I prefer unequal strap hinges.)

I’ll also be presenting several approaches to the interior fitments. But I have only so many Dutch tool chest interior variations in me – and there’s now a fair number of these chest in shops throughout the country and around the world. So while it’s early days (heck – we just decided on this book a few hours ago!), I’ll eventually be asking for your help – if you’ve built one and come up with a clever interior arrangement, I hope you’ll take some pretty pictures and send them my way so we can include a gallery.

And there are other Dutch tool chests to discuss (and possibly build), so there will also be research into other forms.

There’s no timeline, but I’m going to dive in soon – I have plenty of wide pine in the shop basement, and (unexpectedly) plenty of time this summer. Heck – I even have parts already sized in my basement…along with some half-finished chests. Time to put those to good use!

And why am I not publishing this through Rude Mechanicals Press? Well, Chris is the one who popularized this form; I wouldn’t dream of doing this book with/for anyone but him and Lost Art Press.

This is what happens when you loan all your tools out by day 2 of a class.