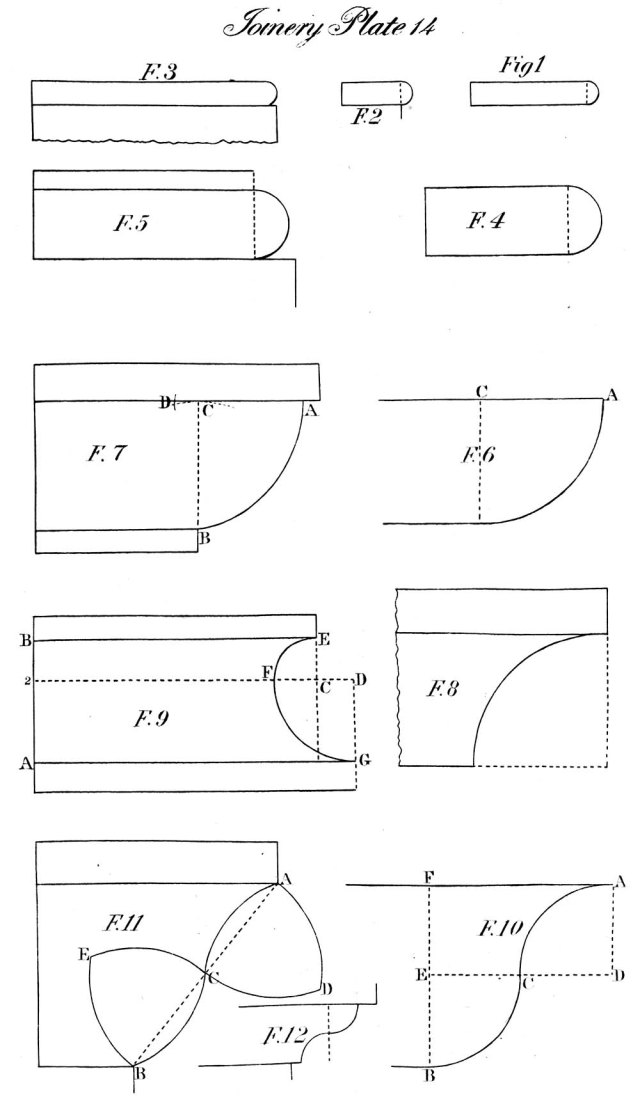 An astragal is a moulding of a semi-circular profile; its construction is so simple that it would be unnecessary to say any thing concerning it. Fig. 1.

A torus in architecture is a moulding of the same profile as a bead; the only difference is, when the two are combined in the same piece of work, the torus is of greater magnitude, as Fig. 4; in Joinery the torus is always accompanied with a fillet. Fig. 5. single torus moulding.

The Roman ovolo or quarter round, as called by joiners, is the quadrant of a circle, Fig. 6. When the projection and height are unequal, as in Fig. 7, take the height B C, and from the point B describe an arc at C, and with the same radius from A, describe another arc cutting the former at D, with the distance A D or D B describe the profile A B. This is generally accompanied with fillets above and below, as in Fig. 7.

The cavetto is a concave moulding, the regular profile of which is the quadrant of a circle, Fig. 8; its description is the same as the ovolo.